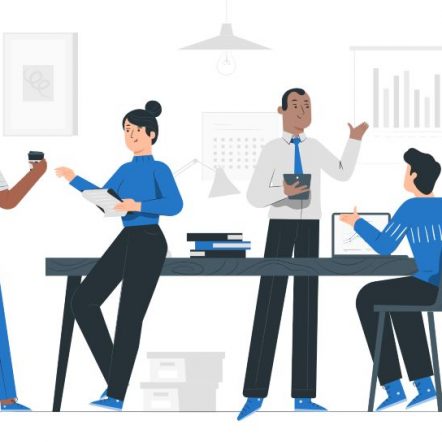 Coworking spaces are definitely one of the big ideas in workstyles these days. As people ditch the idea of the traditional office space, more and more savvy types are starting to think outside the box in terms of non-traditional ways of organizing their professional lives.

Although the pandemic might have slowed things down a bit, coworking spaces are back in action and poised to grow in new directions with exciting new features.

While Covid definitely gave people caution about being in close contact with others, spaces are now being reorganized in ways that are safe in terms of social distancing, and also more hygienic as there is more emphasis on health precautions overall. 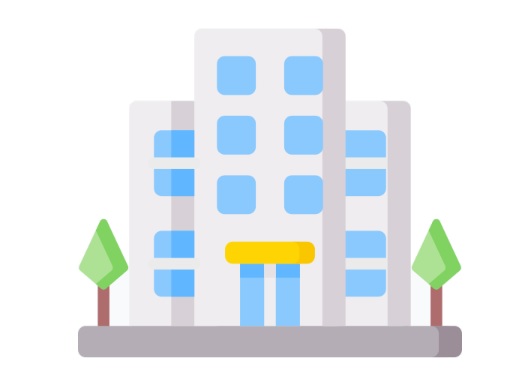 Let’s take a look at some of the new trends of leading coworking spaces in different places. First, though, we’ll take a look back at the traditional office setup and see why many are deciding it’s time to move beyond it.

The traditional office space involves individual companies renting out what are generally large areas strictly for their own purposes (except perhaps for conference rooms). Companies take out leases for a year or more, and the space they take is distinctly their own.

One of the things that the pandemic brought to light was the tremendous amount of waste involved in leasing traditional office spaces. Companies are forced to pay for rooms that may or may not be used, and workers often spend a lot of time sitting around idly in between tasks.

When the pandemic hit, of course, everyone got sent home. The period had different effects on different people. Many people who were forced to work from home found themselves Zooming from their kitchens, and this was good for some, but not necessarily everyone.

While having the flexibility to work in one’s pajamas was convenient, many people missed the interaction with friends and coworkers and many found the isolation too much to bear.

Coworking spaces already existed before the pandemic, but now they are really taking off as people want the social aspects of working alongside others without being suffocated by standard office policies and hours.

Similarly, companies themselves are increasingly seeing the value in non-traditional office setups.

Why pay for a five-room office space when you can instead give your employees rotating desks in a common area, pay them according to actual hours worked, and also give them the benefit of shared interaction with others whose ideas complement those of your company? 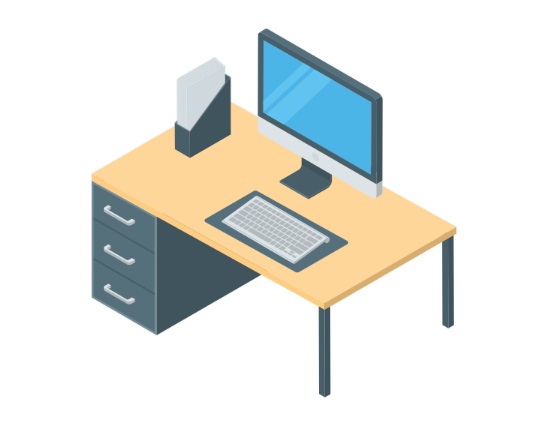 Multi-city/country spaces and expansion into suburbia

Just as gyms and other types of facilities sometimes offer multi-city options for frequent travelers, so too are coworking spaces getting in on the idea that workspaces can be spread out over multiple locations.

Similarly, people living in the suburbs who are sick of long commutes are finally getting the possibility to have a close workplace without the endless trek into the city. Coworking spaces in the suburbs are gaining popularity for just this reason.

Just as other sorts of businesses have shifted away from city centers to accommodate suburbanites, coworking spaces are also starting to follow suit.

The expansion can even stretch overseas. While some outfits already have branches in different countries, the idea of having a certain number of hot desks for visitors from other chapters – wherever they might be – is also gaining popularity.

These days, there are no boundaries to the locations where these places can be set up. You can find a coworking space in Beverly Hills just as easily as Middle America or the Middle East.

Automation will play a big role in the workspace of the future. Smart lights, doors, video screens, and many other features will work together to make shared spaces easier, cleaner, and cheaper to be in.

It will likely also do away with positions that are starting to become redundant, such as reception, as many phone and messaging services will become automatic.

The most obvious tech advantage of the shared space is the common Internet. People who participate in common workspaces don’t have to worry about data usage, time spent online, or other similar costs that might start to add up if they worked completely from home.

A related aspect of the mobile workspace is the concept of a global pass, which gives members access to common software, clouds, and other tech functions in any number of locations that would otherwise be available only in a single office space.

Shared spaces that have common cloud services are also starting to employ analytics schemes that will measure any given aspect of workers’ activities. Utilizing the IoT, this can apply to everything from time spent on spreadsheets to use of the kitchen. 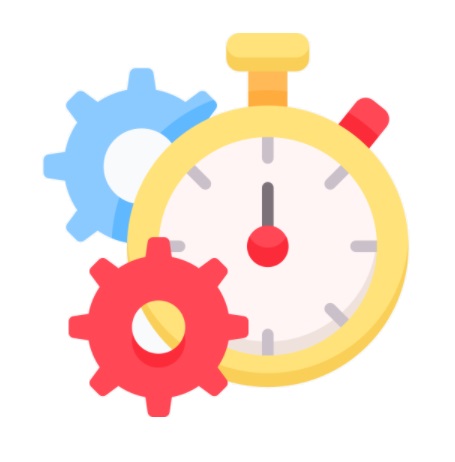 For companies interested in tracking their employees’ time structure, these functions can be very useful. One of many people’s biggest concerns during the pandemic was how much work was actually being done while employees were at home.

With advances in technology, work time can now be tracked in many different ways.

As the world becomes more environmentally conscious, people everywhere are doing what they can to conserve resources and create spaces around them that are as environmentally friendly as possible.

What does this mean for coworking spaces? The biggest component of sustainable living is, of course, renewable energy. Some spaces are trying to utilize solar or other renewables in their energy usage.

In addition, coworking spaces are moving away from the consumption of single-use plastics and other non-biodegradable materials. Some have made it a policy to only use renewable materials in their kitchens and common spaces.

Another thing that frequently gets overused in traditional office spaces is paper and other types of paper products. This waste can be addressed by several means: first of all, using recycled paper will help to reduce overuse.

Also, having printing be a paid service for all coworking members will make people think twice before printing out excessive numbers of drafts of their annual reports.

Some property owners think not only in terms of combining space for diverse purposes, but even in terms of dividing one space for different activities according to the time of day or days of the week.

What could this mean? For example, people tend to work during the daytime hours. Not always, but the majority of corporate and related workers spend the morning and afternoon hours at their desks and go home in the evenings.

Therefore, a single space could be utilized for office work during the daytime and for cocktails or dining later on. 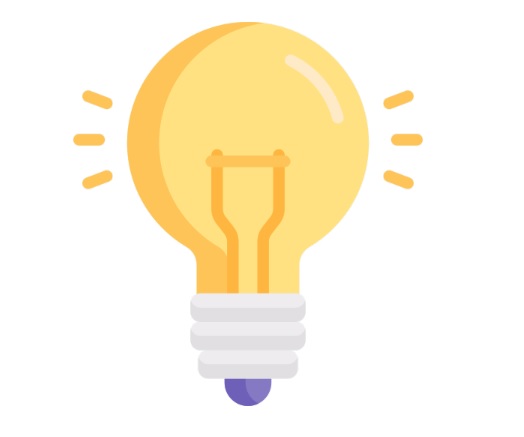 Some could even be attached to a larger living space. The Japanese already pioneered the idea of having beds in the office for tired employees some time ago. Coworking spaces have taken this idea and expanded it to the use of flexible work/living systems.

The Ancient Greeks invented the idea of the gymnasium as a way of organizing schooling. What this meant was that learning was meant to be holistic, and physical activity played just as important of a role as what was done in the classroom.

Modern schools utilize this idea to some extent in offering gym classes some number of times per week, but most traditional workspaces have not yet caught onto the idea.

Forward-thinking coworking spaces are starting to offer multiple activities for people to relax in between work stints. Pool tables, Foosball, and other types of table games are easy to bring into a common space.

Beyond that, some coworking spaces offer yoga classes, full gyms, and even pools and more sophisticated perks for their members.

The obvious purpose for creating a coworking space is to allow for networking. Whether it be casual or formal, people enjoy the opportunity to be around one another and learn from each other’s experiences.

While the idea of holding formal events in coworking spaces is not new, the amount and range of them has certainly blossomed in recent periods and will likely grow even more as the world re-emerges from Covid.

Early coworking spaces had group lectures as part of their offerings. Now, this idea is growing into different types of discussion groups, and companies with representations in a given group can advertise for help or collaboration from other members.

There are also organized lunches, happy hours, and retreats for members of common spaces. Some even have family days, where people have the opportunity to meet other members of their counterparts’ families.

For those with common intellectual interests, book clubs and related activities are sometimes organized, as well.

What will the future bring?

With all these advancements taking place recently and at seemingly lightning speed, the future could see any number of even further trends become part of the coworking sphere.

People are already talking about the utilization of AI and VR to take reality into a different realm altogether.

So keep your eyes peeled and get out to investigate what your area has to offer. You’ll be impressed at what you find and will likely see your work world open up in all new ways. 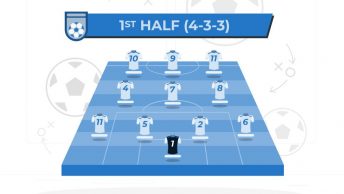 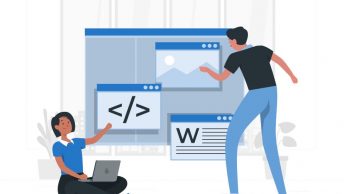 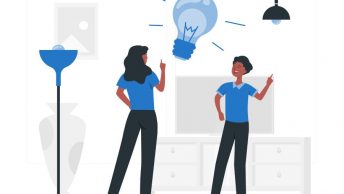 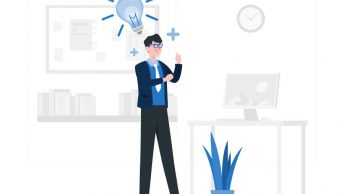 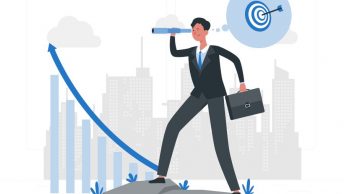 Different Types of Businesses: How to Choose the Right One for Yourself 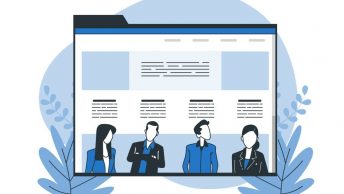 What is the Importance of Marketing for Businesses? Discover the Undiscovered