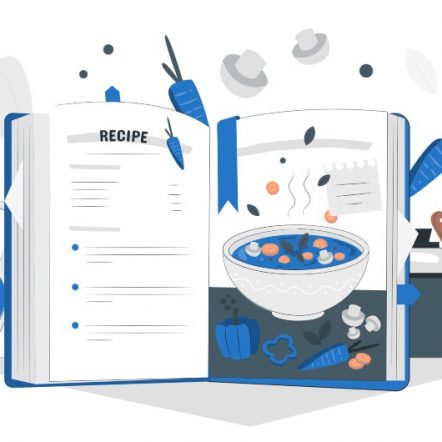 It’s no secret that Nestle is one of the world’s largest, most successful food companies. But what makes them so great? A careful SWOT analysis of Nestle can give us some insights. Let’s look at their strengths, weaknesses, opportunities, and threats to see what makes this company successful.

An overview of Nestle

A combination between the Anglo-Swiss Milk Company, founded in 1866 by George and Charles Page, and the Farine Lactée Henri Nestlé, also founded in 1866, resulted in the establishment of the Nestlé conglomerate in 1905 (born Heinrich Nestle).

Despite its popularity, Nestle’s strategy is grounded on very few fundamentals. Nestle’s products are made in a way that promotes innovation and change while maintaining a stable, regionally based manufacturing process.

If you’re looking for the greatest food at any time of day or stage of life, go no farther than Nestlé, the world’s top food, nutrition, health, and wellness company.

For Nestle, “Good Food, Good Life” is more than just a slogan; it expresses its commitment to providing people with the best possible food and other essentials, no matter where they could be.

SWOT is an acronym that describes a company’s good points, bad points, prospects, and dangers. It’s a handy method for quickly getting an overview of complex situations. The SWOT analysis of Nestle will describe its strengths, weaknesses, threats, and opportunities.

The S in the SWOT analysis of Nestle stands for strength; examples of strengths include a large and loyal customer base, a healthy financial position, innovative products, and a well-known brand name.

This global perspective strengthens the company’s product and business requirements.

This business has been serving the public for over 160 years, during which time it has expanded its product offerings to include a wide variety of foods and drinks.

Nestle is a multinational corporation that has a presence in 190 countries, employs over 400,000 people, and operates in the form of 500 plants. 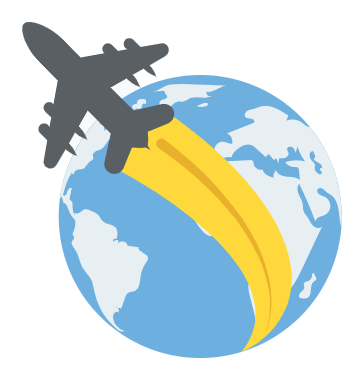 Higher capacity for research and development

Nestle has the most sophisticated scientific and innovation network in the food sector, thanks to an annual investment of $1.6 billion. Through rigorous study and rapid invention, Nestle is guided to success by a staff of 4,000 professionals and scientists.

Nestle offers the widest variety of food and drinks in the industry. Every age group, from infants to the elderly, is represented among Nestle’s clientele.

Nestle has achieved exceptional levels of brand loyalty because of the quality of its goods. To date, it has registered over 8,000 brands under its umbrella. Nescafé, Maggi, Milky bar, Milo, Kit Kat, Milky bar, and Nestea are just a handful of the names you may recognize.

There are almost 5,000 people at Nestle’s food and nutrition research center working on improving existing products and creating new ones that haven’t yet hit the market. Its research and development centers may be found in more than 20 countries worldwide.

A large number of consumers

Maggi’s strong brand presence and consumer consumption rates give Nestle an advantage across all its product portfolios. This is especially true given that Maggi requires less time than traditional recipes to prepare.

Nestle is a firm believer in sourcing its ingredients from regional communities wherever possible. It’s good for the local farmers but also benefits the economy and helps the area grow.

Are you enjoying this article on the SWOT analysis of Boeing? Feel free to check some additional examples:

When a business isn’t strong in all areas, it can’t reach its full potential. To remain competitive, the firm must address issues such as its poor reputation, above-average turnover, excessive debt, short supply chain, and absence of cash. This is an important part of the SWOT analysis of Nestle. 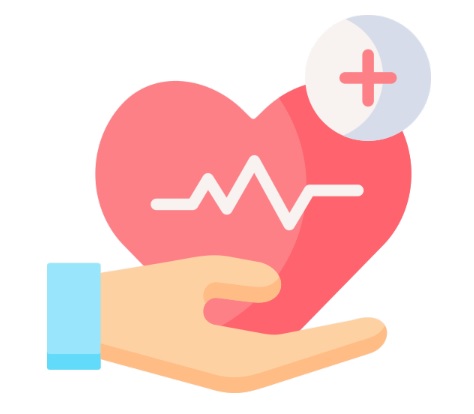 Received backlash of selling tainted food, excessive water use, and other improper conduct

The fact that Maggi was banned in India in 2015 after lab testing revealed excessive lead concentrations in its components is its greatest strength and worst vulnerability.

Flavor enhancer MSG was also accused of being mislabeled. The court eventually lifted the ban, though, and the food returned to shelves. And nestle, too, has taken off the “No added MSG” slogan from its product packaging.

In early 2020, Nestle conceded before India’s highest court that Maggi contains lead and other harmful additives, insisting that the amount was below legal limits.

According to recent news, the Supreme Court has reinstated the government’s lawsuit against Nestle India in the National Consumer Disputes Redressal Commission NCDRC, which is suing for 640 CR in damages.

Maggi, a brand in Nestle’s noodle portfolio, was accused of engaging in unfair trade practices, fraudulent labeling, and deceptive advertising before the highest court in the land.

Numerous Nestle brands are housed under one roof, leading to market cannibalization and irreconcilable situations for many of these brands.

The following are some of the charges leveled against Nestle:

Food products recalled due to contamination

Nestle takes rigorous precautions to guarantee the highest quality of food, yet there are still occasional cases of tainted products making it to market. The company’s public image has suffered as a result, and it has received criticism for this in the past. 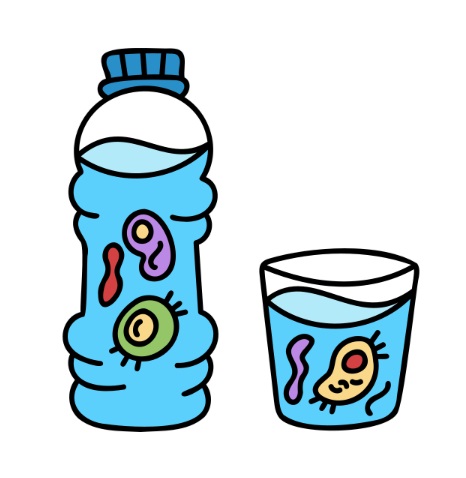 Possibilities for success present themselves as “windows of opportunity,” but the firm must act swiftly to take advantage of them. This part of the SWOT analysis of Nestle contains a new marketing idea.

62% of consumers prefer to buy items that don’t include any potentially dangerous ingredients. Nestle may capitalize on the growing health consciousness of customers by marketing its products as the healthiest available.

Before making a purchase, modern buyers consider a product’s environmental impact and durability. Nestlé may improve its brand reputation by being more open about where its materials come from.

Markets for both RTD (Ready-to-drink) tea and coffee

There are no ready-to-drink (RTD) tea or coffee offerings from Nestle. Micro- and small-sized businesses are the norm in this industry. With its vast resources, Nestlé can easily dominate this new market. This part of the SWOT analysis of Nestle is profitable.

Some of the opportunities are as follows:

Threats in the SWOT analysis of Nestle provide the company with things to improve. Problems in the supply chain, changes in the market, or a lack of qualified applicants are all examples of external threats that might hurt your business.

It’s crucial to anticipate dangers and take preventative measures before falling prey to them and halting your development. T of SWOT analysis of Nestle stands for threats. 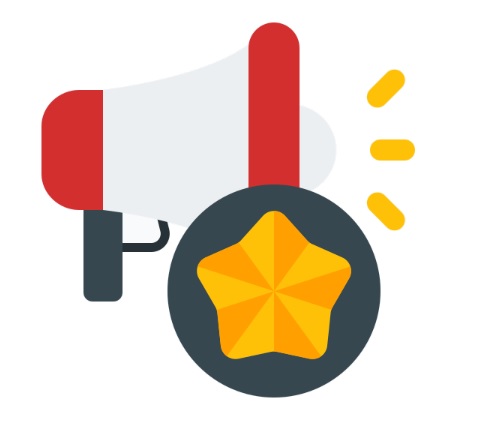 Since there are so many new entrants in the fast-moving consumer goods industry, there is a greater possibility that counterfeit goods, patent infringements, and other forms of intellectual property theft may be introduced to the market.

Nestle has challenges due to rising competition in the food service market. This sector is both very lucrative and fiercely competitive.

There will be a domino effect on transactions and brand exchange due to the higher cost of raw material procurement and growing inflation.

As a result of climate change and global warming, coffee output has suffered, and nestle has to figure out how to fix this. Extreme pricing competitiveness has also contributed to the problem’s worsening.

The Nestle brand has become one of the most well-known in the world. As a result of these efforts, consumers have come to recognize and trust the Nestle brand. It’s no surprise that Nestle has evolved throughout time to reflect consumers’ shifting tastes across the globe.

While Nestle has yet to overcome several challenges, the company has ample room for expansion. We hope you liked the SWOT analysis of nestle, and nestle will prevail over these challenges and continue to be a top global corporation. 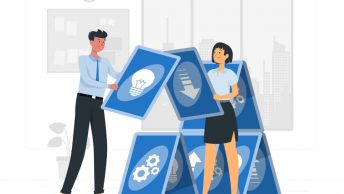 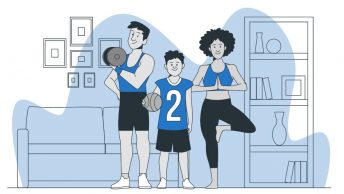 SWOT Analysis of Nike: A Performance Overview in 2022 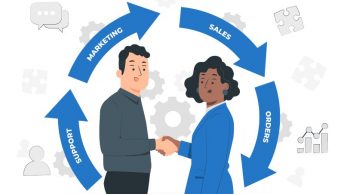 Tips for Managing a Successful Ecommerce Business and Team 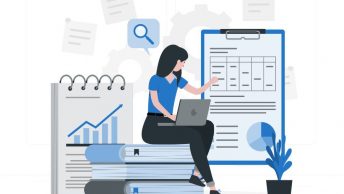 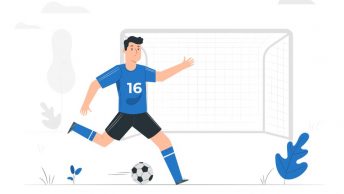 FIFA Marketing Strategy: 10 Lessons to Learn From the Football Giant 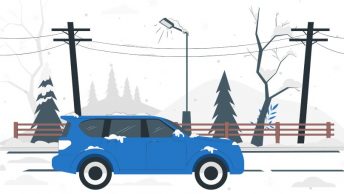