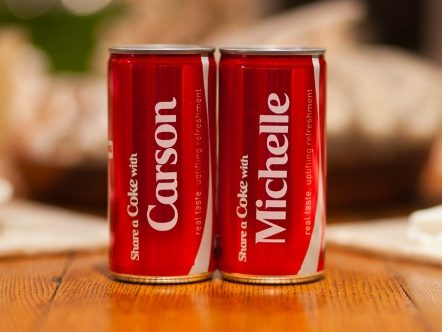 In 2011, The Coca Cola Company launched in Australia what came to be one of their most successful campaigns ever. Actually, it was so successful that the company managed to grow sales for the first time in 10 years! Today, we will take a look at the famous Share a Coke campaign from a Marketing perspective, and we will see the 5 valuable lessons that can be learned from it.

The Share a Coke campaign was a groundbreaking Marketing success. For the first time in more than a decade, the brand managed to raise sales with more than 2.5%. Furthermore, the consumption of the popular drink increased by 7% in less than a year after release.

It all started in Australia in the summer of 2011, as Coca Cola wanted to create a campaign to increase sales and encourage brand engagement. The results were so good, that it was subsequently rolled out in 80 countries. 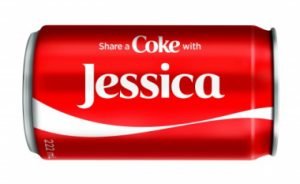 The campaign re-positions the traditional Coca-Cola logo, substituting it by the slogan “Share a Coke”, followed by a person’s name. To better reach its target audience, Coca-Cola released coke cans and bottles with the 250 most popular names of each country, and printed them out on the labels.

Needless to say, the campaign was on fire, and people became absolutely obsessed with it. But what exactly made it so successful? Let’s take a look behind the scenes of the Share a Coke campaign, and learn from the Marketing lessons that Coca-Cola gave us:

In today’s world, saturated with information and infinite experiences, customers are being very selective when it comes to dedicating their full attention to anything. Especially if it makes them feel a part of a massive crowd.

So, the first lesson that the Share a Coke campaign can teach us is that companies can establish a connection with their customers by offering personalized products and services.

Psychologically, people respond better to a product when they feel that it was designed for them and their particular needs in mind.

And of course, there is nothing wrong with that. However, if a brand doesn’t find an effective and personalized way to communicate with them, they will go to the one that does. 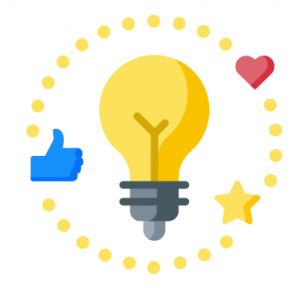 Personalizing a product by branding it with the customer’s name is the most simple and effective way to stand out and get noticed. By printing the 250 most popular names in every country, Coca-Cola made sure that the majority of the population is covered. 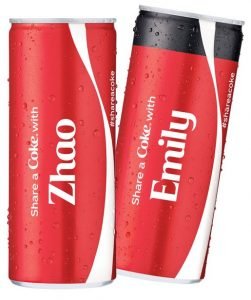 Curiously enough, the Share a Coke campaign didn’t end there. After the enormous success, Coca-Cola evolved it by launching a variety of other initiatives, such as:

Whatever your business is, find a way to get personal with your clients. It does not have to be printing their name on the product. There are other ways as well.

For example, for companies selling digital products or services, it can be as simple as creating a  brief questionnarie that the customer can answer when signing up. And then, you can offer a personalized plan tailored to his particular needs and goals.

For physical products, it can be offering tools and ways for customers to adjust the product as they like. For example, the Canadian company dbrand.com offers users the possibility to personalize their laptop and smartphone skins.

They can even see how their laptop will look like with the skin on:

The end goal is to show customers that you offer exactly the product that their need.

2. Leverage the power of social media

Whether you love it or hate it, social media is an extremely powerful tool reach your target audience. And this isn’t going to change any time soon. There is no point in crafting an awesome, personalized product, if nobody is going to know about its existence.

And yes, of course, there are other channels to reach your target. However, considering the fact that only Facebook alone has 2.5 billion active members, we just can’t ignore the fact that the chances to find your audience on at least one social channel are very high. 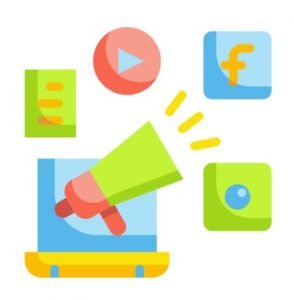 But that’s not all! When you craft an awesome, personalized product that people just love, they are going to take it even further than you ever would. In fact, they will spread the word around for free, and absolutely voluntarily.

What Coca Cola did

The company created the hashtag #shareacoke, which people could easily use for all sorts of creative posts around the Internet. For example, I just checked it on Twitter, and I found that people are still using it even years after the campaign stopped running.

Which is absolutely amazing and show how impactful the Share a coke campaign was. For example, in the current times of quarantine and social distancing due to the coronavirus crisis, people are humouristically “rebranding” the campaign to “don’t share a coke”: 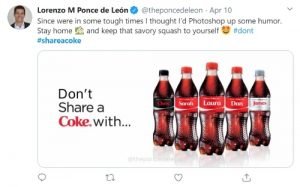 While still sharing and “promoting” the brand as a side effect!

When you are creating viral content by getting personal with your audience, you will find out that they help you communicate it even better than yourself.

After all, which source is more trustworthy? A brand tweeting about their new products, or your best friend recommending you this awesome coke can with your name? In today’s digital world where sharing your favorite post is faster than brushing your teeth, giving people something viral to talk about is the dream of every company.

In fact, even the algorithms behind social media channels help with that.

Company pages on LinkedIn and Facebook have been consistently dropping in impressions over the last few years. Today, a post from a Company Page on Facebook will barely reach 10% of its own followers. There are two reasons why: first, so companies can spend on advertising.

So, next time when you are designing your Marketing campaign, don’t hesitate to use the power of social media! Make something simple and fun that people can resonate with it, and give them the right tools to easily share it on their preferred channels.

The Share a Coke campaign taught us that a Marketing initiative doesn’t have to be unnecessarily complex. Sometimes, we sabotage ourselves trying to think of a super unique, out of the box idea that just overcomplicates everything both for us and the users.

Simplicity seems to be the key to success. 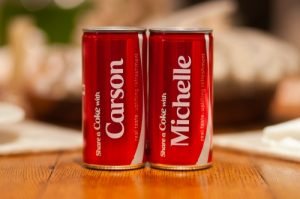 Nowadays, we are so saturated with information, that we have developed the attention spam of a goldfish. If you launch a Marketing campaign that nobody understands, you are only setting yourself up for failure.

Have a clear mission and purpose that people don’t have to research in order to understand what it is about. The minute they have to make any effort into researching because they didn’t get the point, you have already lost their attention.

For example, the mission behind the Share a Coke campaign was simply…to get people to share a coke. Yes, as simple as that! In fact, it couldn’t been more literal, from the name of the campaign to its purpose.

When Coca Cola launched their campaign, they did something more than just selling a product. They created an experience which was worth sharing, both on social media and in real life. People would buy cans not only with their own name on it, but with the names of their loved ones.

And then, they would make cute surprises like bringing the can home to their spouses. Or making a collection in the glass showcase in their living room, with the names of the whole family.

In the 21st century, Marketing has evolved from selling products to creating experiences. Nowadays, people don’t want to just go to a coffee shop, buy coffee, and leave. I mean, of course there are people who prefer that, but many of them want more than that.

For example, think of Starbucks – one of the biggest reasons why they became so successful wasn’t the coffee. It was the cozy, inviting atmosphere of their shops in which people could come and stay with friends, take photos for their social media channels, and so on.

The point is, Starbucks managed to create an experience that people would enjoy being a part of. The same way that the Share a Coke campaign made people feel something, and be eager to share it with their family and friends. It was an experience that helped people connect and re-connect with each other.

Another Marketing lesson that Coca Cola taught us was to know our target market. The company researched not only what would make people excited, but also got very, very specific with the execution of their strategy.

Coca Cola did a profound research for each one of the 80 countries in which the initiative was launched. And came up with a list of the 250 most popular names in that country. Which was definitely a great move because obviously, they can differ quite a lot from location to location.

For the first launch in Australia, Coca Cola started with 150 names, calculating that it would reach 42% of the entire Australian population. Talk about efficiency!

But of course, it was not only that. The Share a Coke campaign was also designed with the idea to resonate with teens and millenials, which are a huge part of the company’s target audience. And of course, they are the ones who are most likely to share on social media, and make the initiative go viral.

The biggest takeaway from this lesson is to know your target audience very, very well. And of course, to adjust your campaign in a way that will be able to directly communicate with this audience. After all, it serves no purpose to have a great product if you don’t know your users, and they don’t resonate with your campaign.

For this reason, you must know exactly who to reach, and how to reach them. Conduct primary and secondary research to refine your audience as much as possible. Use Google Analytics to track the right metrics and understand your current web visitors, so you can get key insights on who they are and what they want.

And these were the 5 lessons that we can learn from the Share a Coke campaign, one of the most successful international campaigns ever. I think that they are quite valuable as they give us some insights and ideas on what are the key concepts to understand and apply in order to make an initiative go viral.

And of course, what are the steps to undertake to get to know our audience, and target them in a way they can resonate with.

Of course, when designing your Marketing campaign, set up realistic goals and expectations, and work towards spiking up an emotion in your audience. After all, if your product isn’t making them feel anything, it’s probably not going to be very successful in the long run.

And that was all from me, folks! hope you enjoyed my article on the viral Share a Coke Campaign, and I hope to see you in the next one! 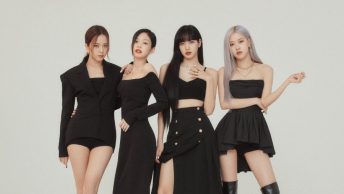 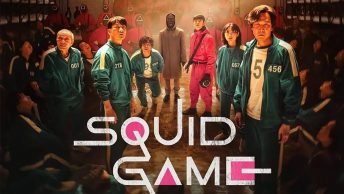 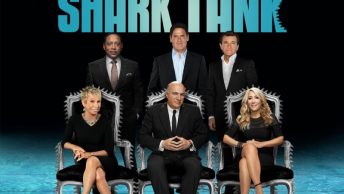 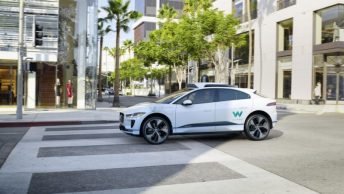 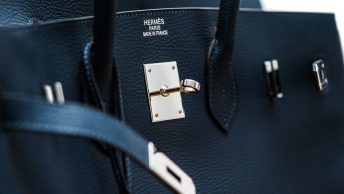 Why People Spend $500K on a Purse: Hermès Marketing Strategy 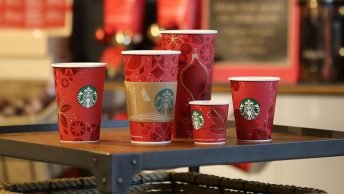