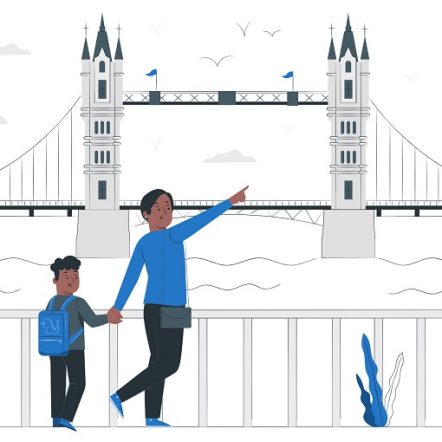 What makes Piccadilly Circus advertising so powerful, and how can small and mid-sized companies advertise there without breaking the bank? Find out in this article!

Build it in 1819, Piccadilly Circus is not only one of the most visited public spaces in London, but also a perfect spot for advertisers that are looking to reach a huge audience of potential customers.

This tourist attraction – which is also a busy meeting place – is visited by more than 100 million people every year, making it extremely attractive for companies of all sizes that are looking for visibility and more sales. 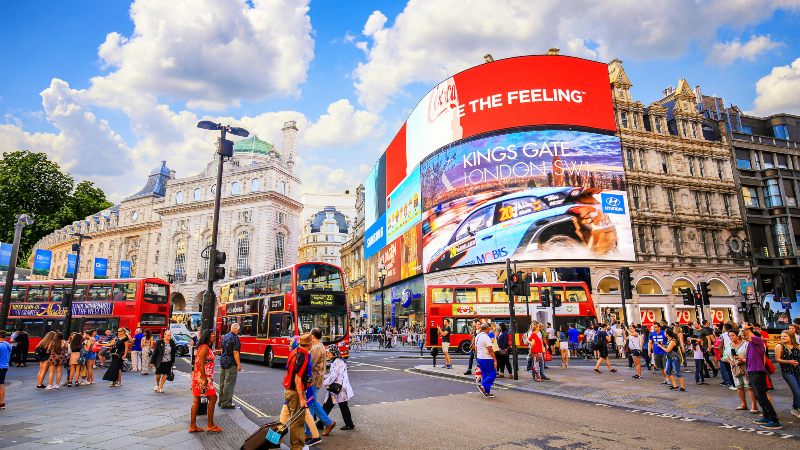 In this article, we will take a look at some mind-blowing facts about Piccadilly Circus from an advertising and Marketing perspective. We will answer questions such as:

But before we dive into Piccadilly Circus Advertising, let’s take a look at the brief history of this iconic place:

The history of Piccadilly Circus

This beautiful road junction has a rich history that can be dated back to 1692, when it was originally named Portugal Street in honour of Catherine of Braganza, the queen consort of King Charles II. By 1743, it was already known as Piccadilly Circus as it was connecting to the thoroughfare Piccadilly.

The name itself came after a house that belonged to Robert Baker, a tailor that was famous for selling various kinds of collars known as piccadills (or piccadillies). 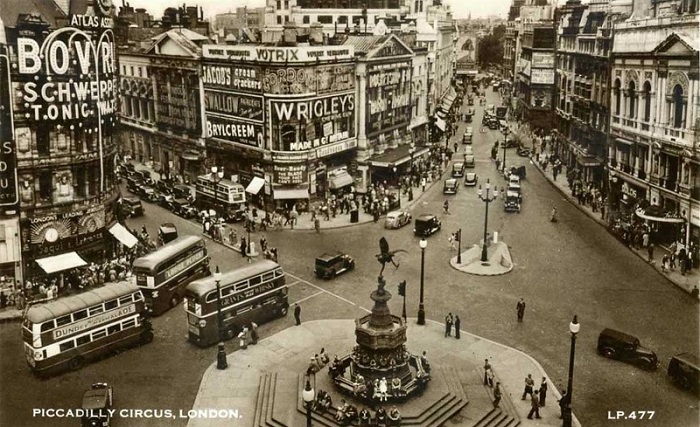 Even though the junction had a very busy traffic since the beginning, it grew even further in 1906 when the Piccadilly Circus tube station was opened for the first time. The station itself was later rebuilt to handle the increasing amount of traffic.

Today, Piccadilly Circus receives millions of visitors every year, and it is surrounded by a few buildings that are iconic to the city: including London Pavilion, Criterion Theatre, the Shaftesbury Memorial, as well as many retail stores and restaurants.

1. Which was the first electric billboard at Piccadilly Circus?

While electric and neon signs of brands started appearing around 1908, the first electric billboard at Piccadilly Circus was that of Bovril in 1923. It was set on the façade of the London Pavilion, and it promoted the brand’s trademarked “beef tea” – a thick and salty meat extract paste similar to a yeast extract. Later, Perrier, Coca Cola and other brands followed with their own electrical billboards.

During that time, most domestic houses were lit by gas, so neon and electric illuminations were a novelty and could easily attract the attention of the audience. In 1998, neon signs were replaced by digital projectors, followed by a gradual move to LED displays in 2011. 6 years later, Piccadilly Circus switched to high-density LED display.

2. Which was the first illuminated advertisement at Piccadilly Circus?

While Bovier was the first company with electric billboard at London’s iconic place, the first illuminated advertisement at Piccadilly Circus was that of Perrier back in 1908.

The French brand promoted their natural bottled mineral water with an advertisement that was created with lightbulbs.

3. Which company has been advertising at Piccadilly Circus the longest?

The company that has been advertising at Piccadilly Circus the longest is Coca Cola. The multinational beverage corporation has been advertising there since 1954 – or 68 years! Their first sign on the iconic road junction measured 44 sq. ft, had nearly a mile of neon and weighed 5,000 pounds. It was built by the British company Claude-General Neon Lights Ltd.

The sign lightened up with a 17-second timing sequence, spelling out the words “Have a Coke”, followed by the enticing words “delicious” and “refreshing”. The sign attracted the attention with its large size and powerful, bright colors. 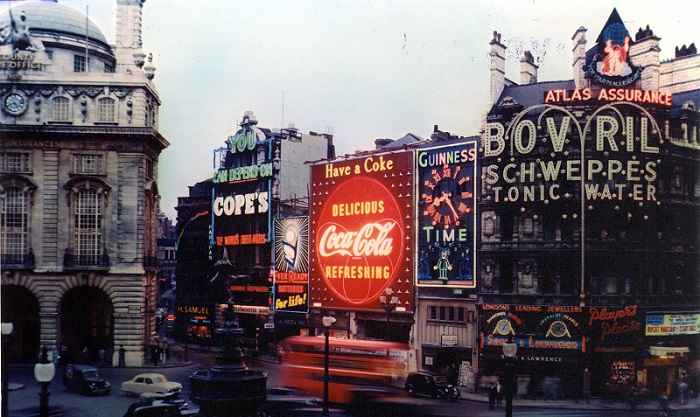 4. How many people visit the Piccadilly Circus?

It is estimated that more than 100 million people visit the Piccadilly Circus every year. On average, this means 8,300,00 people every month, and 2,083,000 people every week. In fact, this translates to approximately 277,000 daily visitors.

Considering how popular and visited this public place is, having become a landmark of its own, it is not surprising why so many companies are eager to advertise on its screens. It gives them a huge visibility with great impact on sales and revenue.

5. How much does it cost to advertise on Piccadilly Circus screens?

Advertising on a regular, non-digital billboard in the UK can cost as little as £20 ($24) per day (+VAT), but advertising on Piccadilly Circus screens can cost up to £727 per week (plus VAT) for a large, 96-sheet billboard.

Prime positions, such as the six main advertising hoardings, could reach up to £4 million ($4.8 million) a year before getting replaced by a single 783.5m2 screen with a resolution 1.4x greater than 4K called Piccadilly Lights.

Of course, when it comes to Piccadilly Circus advertising, the cost will vary depending on a variety of factors, including size, exact location, duration of the campaign, the time of year, the type of media (electronic, standard, wrap, etc.), as well as the period of time that the poster will be up.

However, prime positions rarely become available – the second opening in more than 20 years happened in 2014, when the contract of Japan’s TDK ended and the company decided not to renew due to its shift away from consumer products. 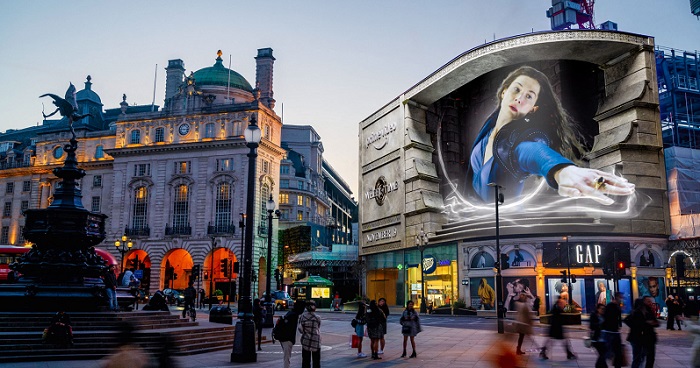 6. Who owns the Piccadilly Circus billboards?

The company that owns the billboard named Piccadilly Lights is called Landsec. However, some companies that offer advertising on Piccadilly Circus include Ocean Outdoor, OOH International and Five Tier.

If you are interested in Piccadilly Circus advertising, but you don’t have a lot of budget, Five Tier is the perfect solution for small and middle-sized businesses. You can show up in front of thousands of people every week for a fraction of the regular cost for outdoor billboards.

Five Tier is the most affordable way to get your billboard in some of the most iconic places in the world, including Piccadilly Circus, Times Square, Gran Vía, and more. You can get started with as little as $1 per day.

Yes, according to Dezeen, the newest digital billboard in London’s Piccadilly Circus uses recognition technology to display targeted ads based on passing cars, as well as demographics data of pedestrians – such as gender and age.

The built-in cameras and algorithms register visual cues, such as hair length and height, to make assumptions regarding the demographics of the area. For example, if it detects a higher proportion of women at a specific moment, it can show ads for makeup or activewear for women.

However, Landsec, the company that owns the billboard (known as Piccadilly Lights), assures that:

“Although the Piccadilly Lights screen will be able to display advertising content that responds to real-time factors – such as the weather or the colour of cars – the technology is not able to recognise individual people or display individually targeted content.”

When it comes to Piccadilly Circus advertising, it’s important to keep in mind that technology is driving the advancements of their screens, as they try to adapt and attract the right target audience.

Did you like this article on Piccadilly Circus advertising? If you have any questions, let us know in the comments below. 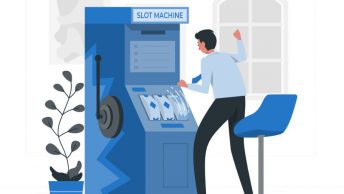 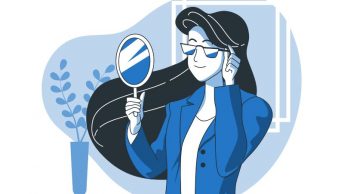 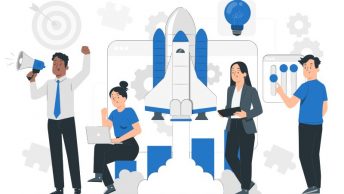 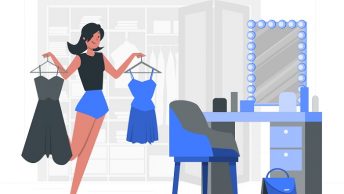 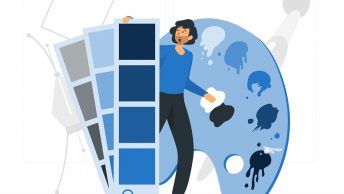 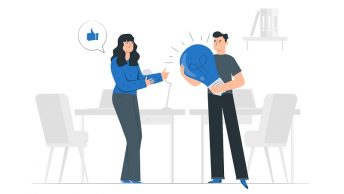