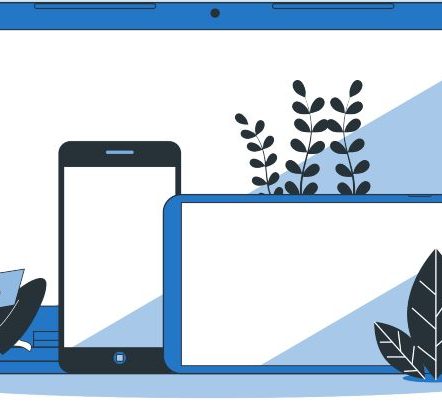 Apple Vision Statement: 5 Ways In Which They Stay True to It

What is so interesting about the Apple vision statement, and what are some of the ways in which they stay true to it? Continue reading to learn more!

Apple is a company that has grown exponentially since its inception, not only as a tech powerhouse but also as a culture-changing influence on society and beyond.

But if you thought that Apple was just another corporation that came up with the idea of the smartphone and tablet and then milked all the profits for their efforts, you would be so wrong.

Apple has never been one to hold back in coming up with new features and technologies. They’ve come up with the Apple vision statement that they want to “bring the best user experience to its customers through its innovative hardware, software, and services.”

They have been industry leaders for many years, and there is no sign that this will change in the near future. So let’s talk about how Apple has brought these goals to life and look at each point and how they’ve made it work for them!

Apple is a technology company headquartered in Cupertino, California. They design, develop, and sell consumer electronics, computer software, and online services. The company was founded in 1976 by Steve Jobs, Steve Wozniak, and Ronald Wayne. Apple has been publicly traded since 1980.

The current CEO of Apple is Tim Cook, who succeeded Jobs in 2011. As of 2018, the company employs 120,000 full-time employees and maintains 496 retail stores in 25 countries worldwide.

Apple’s corporate structure consists of several subsidiaries, each with its area of focus. The largest subsidiary is Apple Inc., which comprises the core product lines of the iPhone, iPad, Mac, Apple Watch, and Apple TV.

The company is well known for its underground culture and strict confidentiality agreements. This has led to a lack of transparency regarding many aspects of their business operations.

It has been a tough decade for Apple’s brand worth, but in 2022 it stood at an amazing $947 billion. Even in a survey of the best global brands, Apple came out on top in 2008, surpassing Amazon, Google, and Microsoft.

What is the significance of Apple vision statement?

Because Apple is a company that is very much about innovation, it makes sense that they would want to make sure that their vision statement is clear, concise, and has a purpose. It is a statement that outlines what they plan to do in the future and serves as a guide for their employees and future endeavors.

The Apple vision statement is the most important thing that Apple has ever released, showing that they are serious about changing the world for the better. It also allows them to show the world that they are a company willing to go out of its way to create a better experience for its customers.

A vision statement is a company’s declaration of what it plans to achieve in the future. It serves as a guide for decision-making and a rallying point for employees. It should be ambitious and inspiring yet achievable – vision statements offer a variety of benefits for companies that know how to use them and stay true to them. 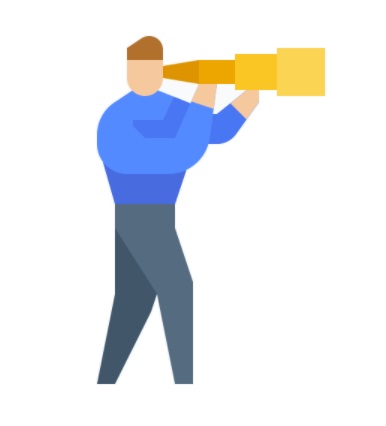 The company has a clear direction and purpose: to bring the best user experience to its customers through its innovative hardware, software, and services. This guide helps Apple employees make decisions that align with the company’s goals.

Why do companies need vision statements?

Vision statements are important because they are a way of showing the world what a company stands for. But equally important is that they can help you keep your focus on the things that matter the most.

You can check more vision statement examples in this article.

5 Ways in which they make Apple vision statement a reality

1. By using their own technology

Apple has always been a company that has used its technology to make its products better than the competition. As a result, they have been able to create unique products because of their own technology.

This is something that has been ingrained in the company since its inception. Compared to most companies, Apple has been very focused on the quality of its products.

If you look at the iPhone, the iPad, the MacBook Air, and the Macbook Pro, you’ll notice that these are all products that use Apple’s technology.

These are not cheap knockoffs of the competition’s products but rather the best of the best, which shows that everything in the Apple vision statement is true. 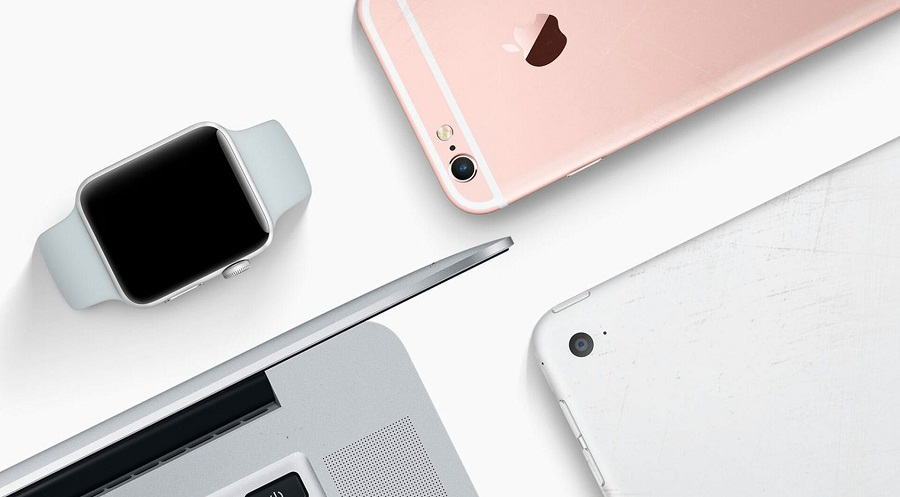 2. By being open to new ideas

The Apple vision statement is known for its openness to new ideas and new technologies. In fact, the company was the first to introduce the concept of the App Store, which is still a significant part of Apple’s success today.

Jobs’ philosophy of innovation was the first thing Apple brought to the table when it came to making the vision statement a reality.

If you look at the history of Apple, you’ll see that they have always been open to new ideas. It’s almost as if they are looking at things from a different perspective than everyone else.

This is something that Jobs believed in, and it has become a core principle of Apple. The company has never been afraid to try new things and has always been willing to listen to new ideas. This has helped them come up with some great products that have forever changed the face of technology.

If you ask any Apple fan or even an Apple employee, they’ll tell you that Apple is always on the lookout for new ideas and concepts that can help improve their products.

This is what makes Apple’s vision statement so unique and why they are so successful. It is also what makes them the leader in the industry. Apple has always been at the forefront of technology, and they continue to push the envelope in terms of innovation.

Apple has been doing this for a long time, and it has helped them gain a huge following. But it is still one thing that sets them apart from the rest.

Innovation is something that Apple has been known for from the very beginning. When Apple first launched the iPhone, it revolutionized the smartphone industry. The iPhone was the first phone to feature an App Store, which is now a staple of any smart device. 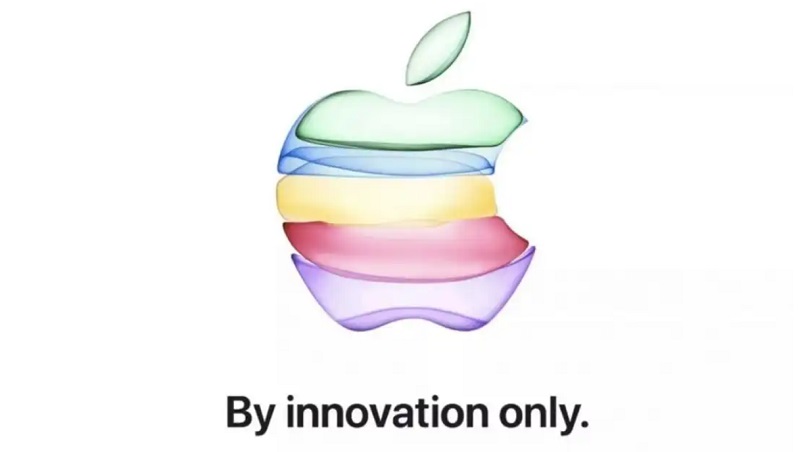 Apple vision statement: staying true to it through innovation

Apple’s entire income is often fueled by the sale of the iPhone, which typically accounts for half or more of that share. Additionally, Apple Watch and the iTunes Store have grown from 5% in 2017 to over 10% in 2021 in terms of revenue share for the company.

Apple has been a leader in innovation for quite some time now. They have come up with revolutionary ideas and products that have changed the way we live. The company has always strived to develop new and improved products that are both user-friendly and highly functional.

In fact, it was Steve Jobs himself who once said that “the best way to predict the future is to invent it.” And this is precisely what Apple has done over the years.

4. By focusing on the user experience

Apple has always focused on the user experience. This is extremely important to them and has always been the driving force behind their products.

They have always strived to make sure that their products are easy to use and that they can cater to the needs of their users. In addition, the company invests heavily in research and development, which shows in its products’ quality.

For example, when they released the iPhone, it had a lot of features that were not present in any other smartphones at the time. But the main focus was on the user experience, and they ensured that they made the device as simple as possible.

You could say that the iPhone was revolutionary because it was the first smartphone that actually focused on the user experience.

This is what makes Apple a company that is still relevant today. They have always been ahead of the curve, and they have always put the user experience first.

5. By hiring the best people

When you think about it, Apple is a company that hires some of the best and brightest people in the world. And this is evident from how they can build some of the most potent products.

They have been able to attract the best and brightest minds in the world and use their expertise to develop some of the most popular devices ever. In fact, Apple hires the best people and ensures they are given the opportunity to shine.

Hence, Apple is able to maintain its place at the top because of the apple vision statement, the company’s strong culture, and its commitment to innovation and quality. 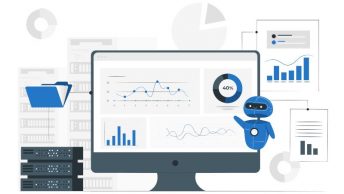 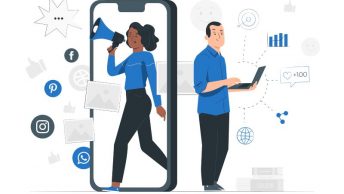 10 Awesome Vision and Mission Examples To Get You Inspired 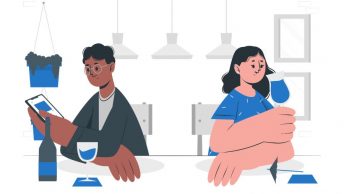 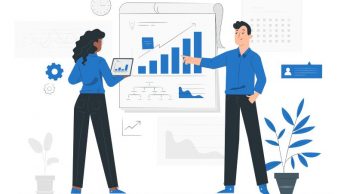 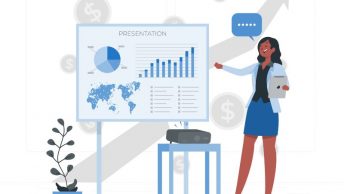 The Purpose Of A Vision Statement (+5 Key Elements) 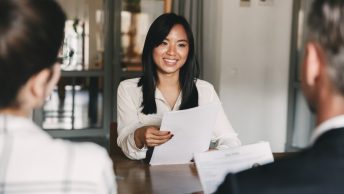 The Future of Talent Acquisition is Recruitment Marketing